There’s no way I could ever do that.  Have you ever said those words to yourself?  All of us have an inner critic to deal with. Though not audible, it can be overwhelmingly loud.  Here’s what you need to know about silencing the inner critic.

(This post contains affiliate links. If you click on a link and make a purchase, I do recieve a small compensation, at no extra cost to you. Thank you for your support! For more information, please see my disclosure.)

Wow! That’s Harsh! An Example of What The Inner Critic Sounds Like

“What have you done?” I thought to myself.  I felt a gnawing hole in the pit of my stomach.  “Who do you think you are, anyway?” my inner critic continued. “You are just a stay at home mom.  You don’t know anything.  Do you really think anyone is going to want to read that crap you wrote?  It’s all fluff anyway.  Who even cares what you think?  You are putting un-asked for advice out there on the internet for anyone to read.  No one cares about you or what think. You don’t know what you’re doing anyway.  The only comments you are going to get are hateful ones. Do you really want to read those?  They will just tear you down.  You have just made a horrible mistake.  You will pay for this.  It’s all going to end in a terrible disaster and it’s going to be YOUR fault.”

Wow. That’s harsh, isn’t it?  You would think I had done something that put people’s lives in danger, poisoned a water supply, set a bomb,  or taken a leap off a bridge.  What I had actually done was hit publish on my first few blog posts; one of the best things I had ever done.  But my inner critic was pretty harsh with me.  The inner critic is always harsh…. And full of lies.  Everything that I wrote up there that ran through my mind was all a lie.

The inner critic will always tell you that you are not good enough. Just like everything I wrote above from mine, it’s all a lie. 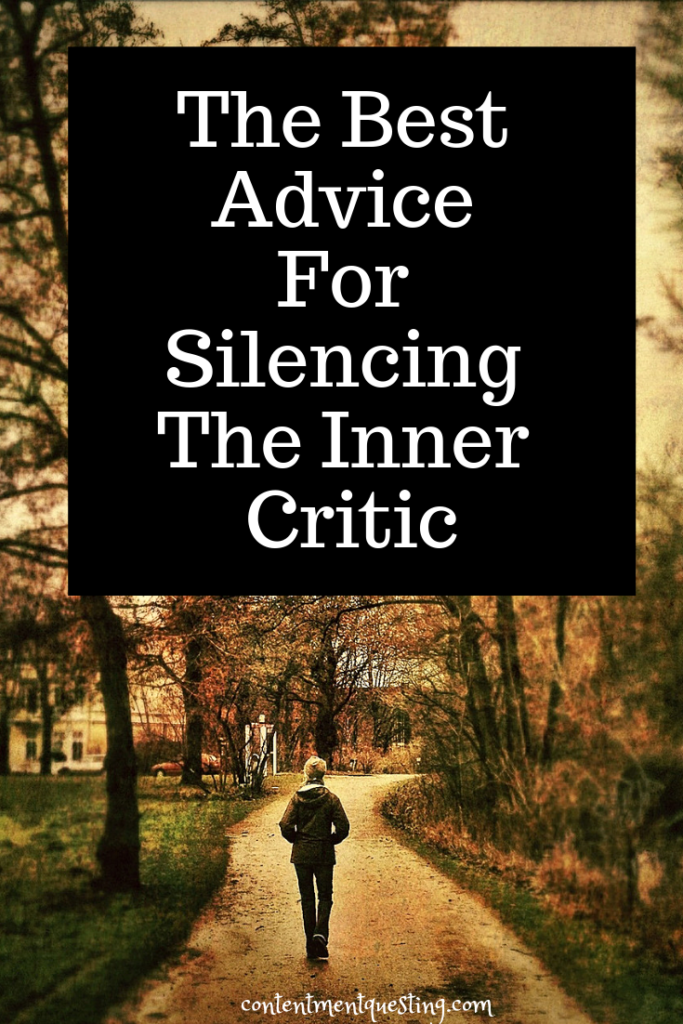 What Is the Inner Critic? Am I Going Crazy?

According to Wikipedia, the inner critic or the critical inner voice is a subpersonality that judges and demeans a person.  It makes the person feel guilty, worthless, not good enough, bad, wrong or inadequate.  I have also heard the critical inner voice referred to as “Negative self-talk” or “Automatic Negative Thoughts” (ANTs)  Whatever you choose to call it, psychologist’s stance on this critical inner voice is that it is formed from painful experiences in early childhood.  They may be either real or imagined but the common thread is that we witnessed critical attitudes towards us or towards those close to us.

I’m not 100% sure on this since nearly everyone I know seems to have an inner critic.  I think it’s just part of us, or at least I know that it’s part of me.  It’s a thorn in my side that I have to deal with.  No, I’m not crazy, and neither are you if you have been struggling with your own inner critic. 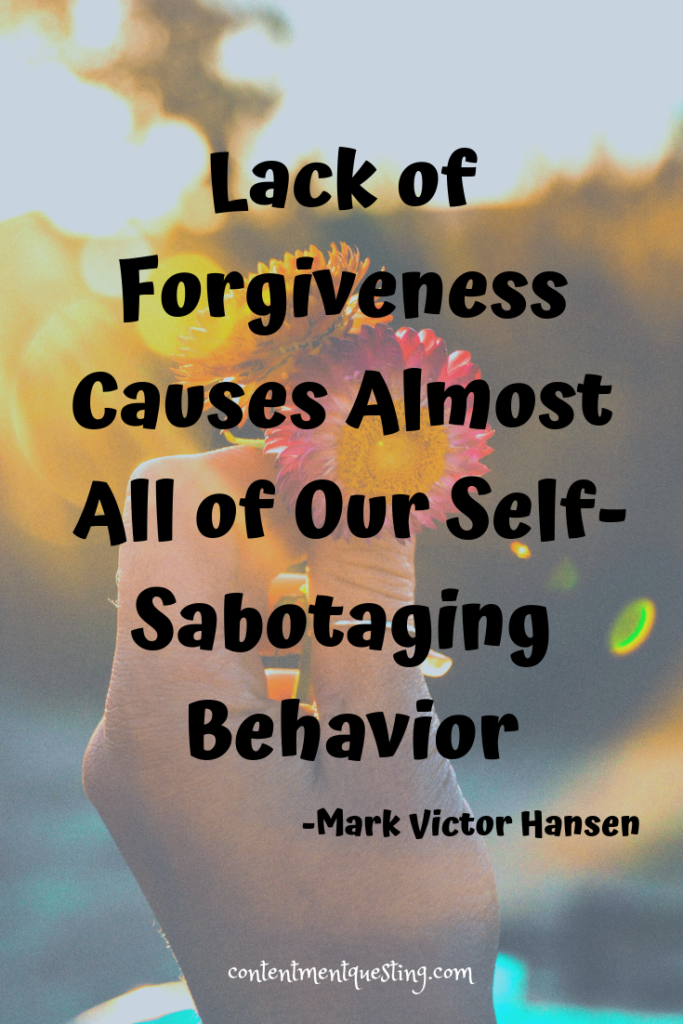 What Happens if You Do Not Challenge Your Inner Critic?

If you let it, your inner critic can run wild, becoming a dictator in your own mind.  Insecurity and negative thoughts will spread through your mind like weeds.  I know that we have not yet unraveled all the pieces to anxiety and depression, but every single person that I have known or talked to with anxiety and depression had a very strong inner critic.  If you want to read more on that topic, my friend Heather, who is a therapist, blogs about it in great detail.

An Example of an Inner Critic Turned Dictator

A very brave acquaintance of mine shared her experience with depression after her baby was born on Facebook.  I was startled and her account brought tears to my eyes and a knot in my stomach.  It touched me deeply.  Let me first tell you how I saw her.  She always has a smile and laughs easily.  She is a beautiful, curvy girl, and her personality just shines.  Her family looks perfect.  She has an older daughter from a previous marriage, and her baby was absolutely adorable with a smile just like her mother’s.  As I said, she is an acquaintance, so all my perceptions were through social media.

In her account, she described not being able to produce enough milk to feed her daughter and how that made her feel inadequate.  She drove hundreds of miles to get donor milk.  That’s what started it. Then she described a critical inner voice so strong I was blown away by the force of it.  It told her she was ugly, too fat, worthless because she could not feed her baby and was missing work too much.  She was no good to anyone.

Not surprisingly, she became depressed.  Who wouldn’t listening to that beating you down all day?  Then her account took a dangerous turn, she said she started looking at herself in a new light, trying to find which juicy blood vessel would be the best one to cut.  Sure, her family would be sad for a bit, but her inner critic told her they would be better off without her.

If this is where you are at, please, please get professional help.

The account made my blood run cold and still does remembering it.  I had absolutely no idea.  She went on to describe how alone she felt and how she just went on pretending that she was fine.  Friends, if you are struggling to this extent, please, please seek professional help.  Your family needs you.  They are NOT better off without you.

Why She Shared Her Story

She wanted to raise awareness.  Depression and anxiety awareness, and awareness that “call me if you need something” with no intent to follow through is not helpful.  She certainly raised my awareness.  Her critical inner voice sounded more like a monster or a demon.  Her story ended happily with her seeking and getting professional help.  I realize that this is an extreme example of the inner critic.  Most people do not deal with it to that extent, or at least I hope not.

An old Native American story references two wolves inside all of us. One is peaceful, kind, and happy and the other is mean, critical, and mad.  According to the Native American story, these 2 wolves are constantly fighting each other inside all of us.  “Which one will win?”  a boy asked his father.  The father replied “The one that you feed, my son.”  Which wolf do you want to feed in your own life?

Throughout my own personal journey of becoming a more positive person, I have encountered both of these wolves.  I can honestly tell you that it takes a conscious effort to feed the happy wolf.  You have to cultivate positive thoughts.  It’s kind of like pulling weeds in a garden.  You get so used to letting your inner critic run wild with negative thoughts, they become automatic.  Psychology refers to them as “Automatic Negative Thoughts.”  That’s the name of your inner critic – ANTs.  Like the insect, they need to be squashed!

Silencing the Inner Critic with Truth

In the intro section, I described some of my own ANTs from my own inner critic when I started this blog.  Instead of letting those thoughts run wild, I used truth to silence them.  The truth was what I had done was taken a risk.  I had tried something new that I knew nothing about.  If you look at some of my very first blog posts, they are rather rough.  However, I am not ashamed of them.  They represent a starting point in my journey of personal growth and of becoming a blogger.  It has grown into a means to find personal fulfillment and reach out and help other people.

An Example of Silencing my Inner Critic With Truth

In answer to “Who do you think you are?”  It’s true – I am a stay at home mom.  But I’m far from being a loser or a nobody.  You are too, whether you have come to that realization or not.  We all have worth because we all have life experiences. For myself, I have a college degree, I had a career that was immensely rewarding.  Becoming a stay at home mom was one of the best decisions I have ever made.  I am proud of my husband, my children, and the life that we have made for ourselves.

Contentment Questing has been and continues to be a huge blessing in my life, mostly because of you.  Yes, you.  If you are reading this, I may not know you, I may never know you.  You might live next door, or you may live on the other side of the globe.  But you make this journey worthwhile because you are reading this, and hopefully getting some good out of it.  That’s what I want… to make the world just a little bit better by touching people’s lives and inspiring them to live a more fulfilled and happier life.

The Inner Critic Lives on Lies

Truth and Love = Self Compassion

Some people term this idea self-compassion.  Basically, it’s being nice to yourself.  While I like the term self-compassion, I like truth and love even better.  The inner critic operates on a spirit of fear.  The opposite of fear is not bravery; it’s LOVE.   Nothing dismantles a lie faster than truth and love.

We all make mistakes from time to time.  Don’t beat yourself up over it.  Maybe you didn’t meet your exercise goal for the week.  (I didn’t this week.)  Instead of beating yourself up for it, be kind to yourself.  I told myself, “It’s ok. You’re human.  You had a really busy week and you did the best that you could.  You will make it next week.”  Encourage yourself while still pushing to follow your dreams and achieve your goals.  Even the best of us are not perfect.  Sometimes, life happens.  Silence your inner critic and squash those ANTs when they come.  Combat them with the kinder truth.  You will find yourself more motivated and happier when you are not so hard on yourself. 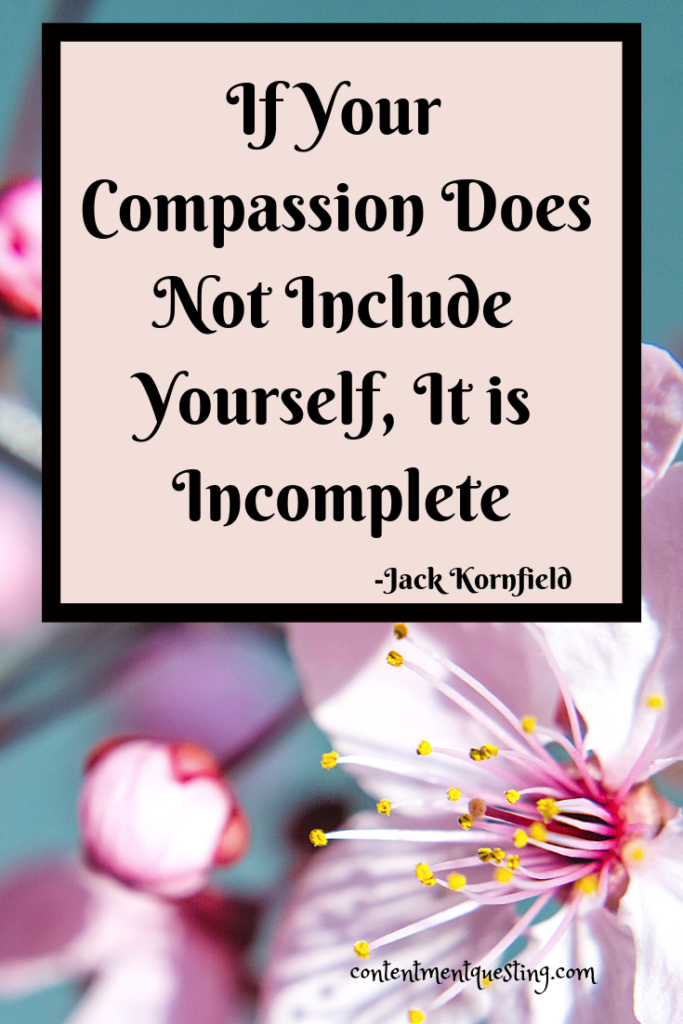 Each of us has an inner critic that lives inside of us. Regardless of where it comes from or what psychologists term it, it sends out automatic negative thoughts or ANTs.  Like the insect, those ANTs have to be squashed.  The inner critic lives on lies.  The thing that kills lies the fastest is truth and love.  Don’t let your inner critic run wild and beat you down.  It will take over if you let it and make you afraid to live your life, try new things, and stretch beyond your comfort zone.  Cultivate positive thoughts as a habit and you will find that it gets easier and easier.  You are amazing.  You can do great things.  There is no one else in the world just like you.  I believe in you.  Keep on questing for contentment!  I’ll be right here with you, every step of the way.  <3

I'd love to hear from you! Cancel reply